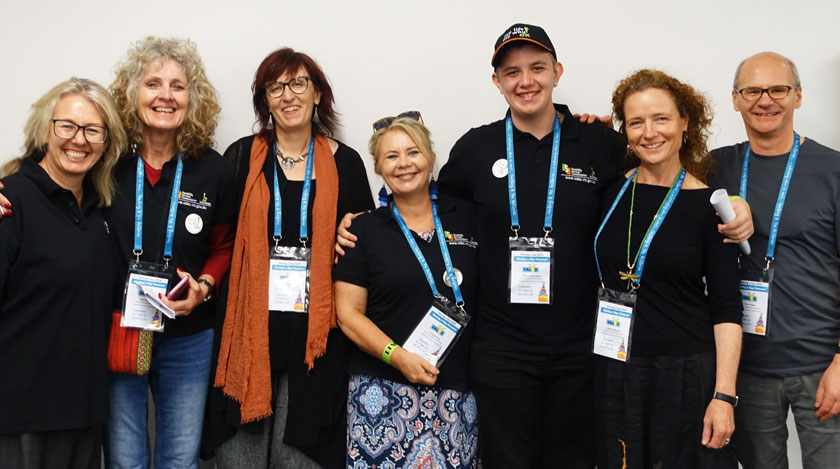 We ran a wildly successful music workshop about respect at the Having a Say Conference, where we made our own song…with some unexpected freestyle rap!

What does respect mean to you?

That was a key question we posed in our music workshop at the 2019 Having a Say Conference. Knowing that talking about topics like safety and respect can be tricky for many people, we created a safe creative space with music therapist and lecturer Melissa Murphy from the University of Melbourne, where participants would work together to create a song about respect.

Melissa, who is one of the researchers on our Building Safe and Respectful Cultures project, created a chorus which engaged everyone in the room:

Workshop participants volunteered their thoughts on what ‘respect’ means to them. They offered ideas like: 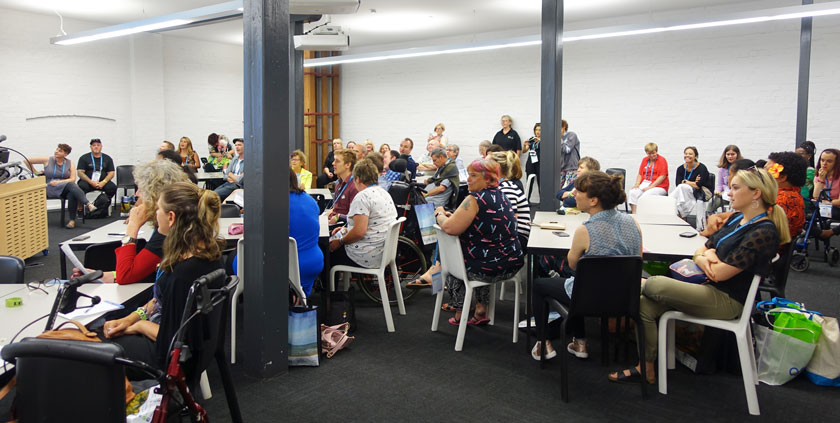 Using Melissa’s chorus and the group’s ideas about what respect means, we created a rap song to sing together.

Community researchers Peta, Fran and Will were then interviewed by Sally Robinson from Southern Cross University about the DSC Building Safe and Respectful Cultures project. They talked about what helps people feel safe and respected, and what we can do to make things better.

Will told the group that feeling safe and respected was often about having good people around you, that you could talk to and trust.

Peta told us that people had problems and felt unsafe when they weren’t being listened to, were being ignored and felt that they couldn’t speak up.

Fran told the group that everyone should think about who they can trust and rely on – whether it’s a family member, friend, or a staff person who is on their side and helps them speak up for their rights.

More of these findings will be shared when the final research report from the Building Safe and Respectful Cultures research pilot is launched in May. 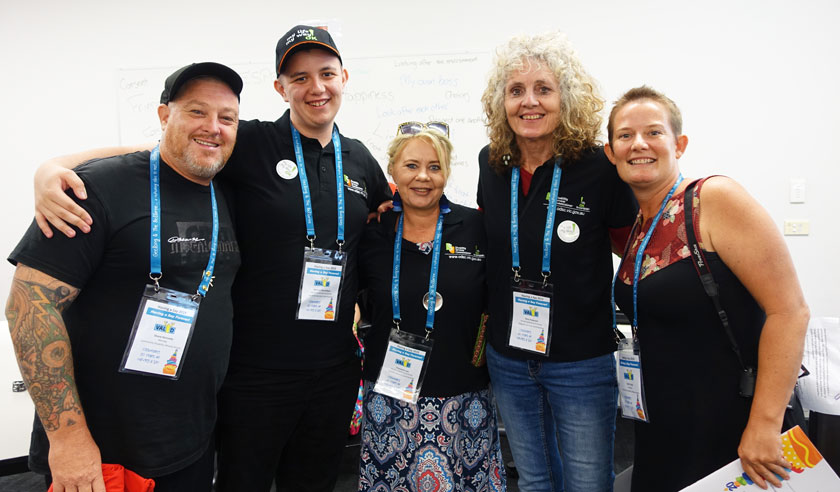 We finished the workshop by singing our song once again…with a freestyle rap cameo by Shane Kennedy from UP&UP Inspirations who brought the house down when he improvised a cool rap on the topic of respect!

Will said afterwards – “The workshop really went off without a hitch. All the preparation we did beforehand was worth it. We got so many more people than we expected, even with the other sessions happening at the same time. We are just so happy with the outcome.”

Fran said “I was obviously nervous but everything rolled out beautifully. It was great to have the music. We are a great team.”