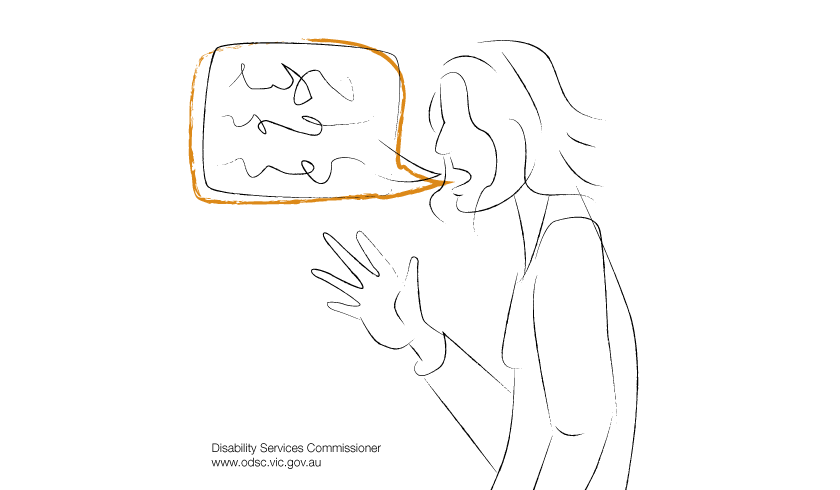 Jemma called us with a complaint about Gareth, a staff member at her disability group home. She told us that Gareth bossed her, her housemates, and other staff around. Gareth always spoke loudly, and it often gave Jemma a headache. She had tried to tell managers in the past, but nothing had changed.

Jemma asked us to speak to Ben, another staff member. He told us that Jemma had spoken to managers in the past about Gareth, but that there was no difference in his behaviour. He told us that he had encouraged Jemma to call our office because she was frustrated that nothing was being done about her complaint.

With Jemma’s consent, we spoke to her service provider immediately about her complaint. Annika, a senior manager, met with Jemma at her home on the same day to talk about her concerns with Gareth. Jemma asked Annika to speak to Gareth about changing his behaviour.

Annika promised Jemma that she would speak to Gareth and make sure that he would do some remedial training on human rights and being person-centred. She also promised that she would make sure all staff at Jemma’s house would do the same training. Annika gave Jemma her own mobile number so that Jemma could call her directly in the future if she had any other complaints. She also thanked Ben for encouraging Jemma to call our office.

Afterwards, Jemma told us that she was happy as Gareth had become a better worker and wasn’t being bossy and loud anymore. She also liked knowing that she could always call Annika directly if she had any more complaints.

Some complaints can be finalised early in the resolution process through a conversation with both the person with disability and the service provider. The important thing is that service providers are committed to person-centred practice and acting on feedback received.